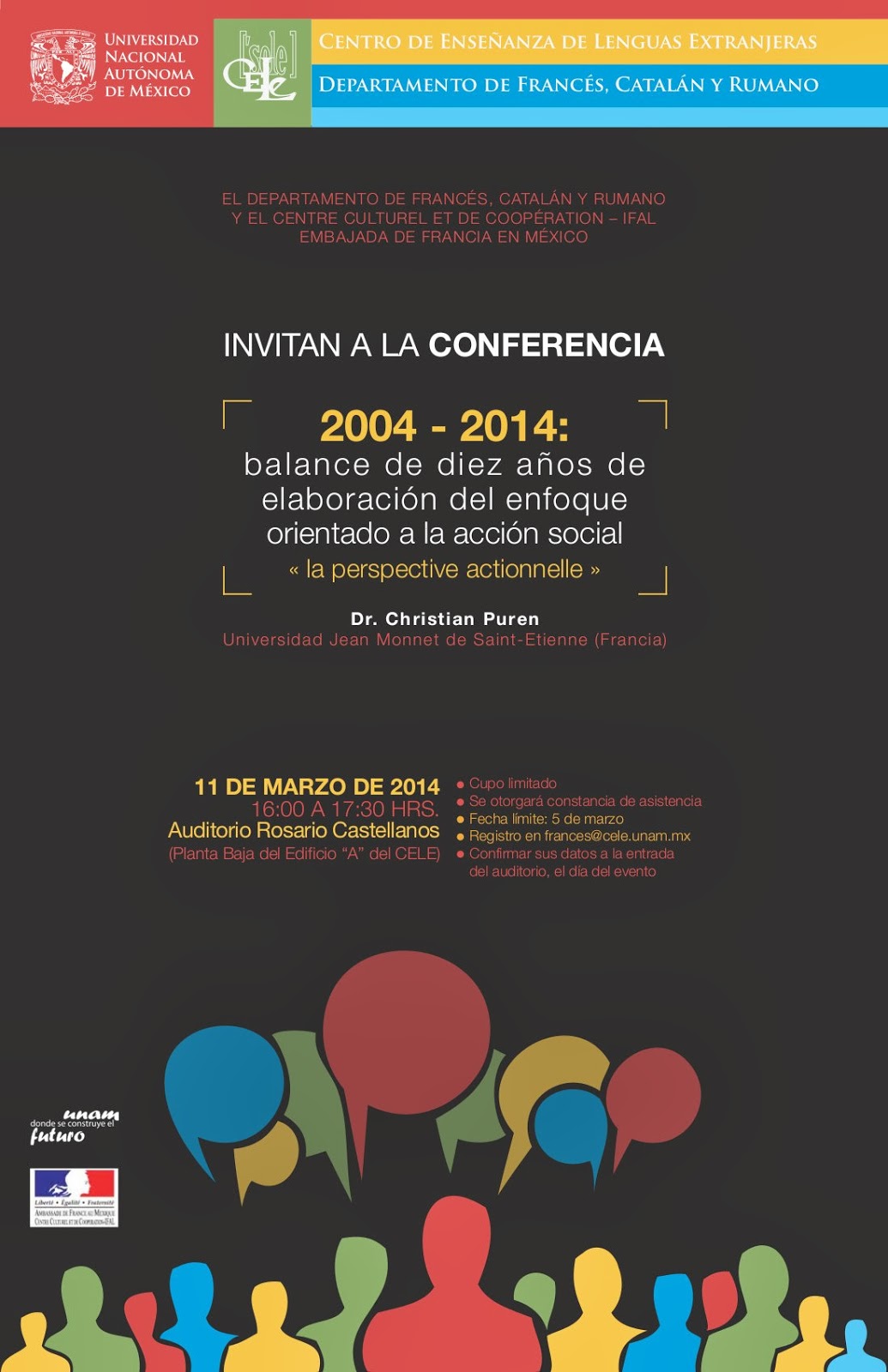 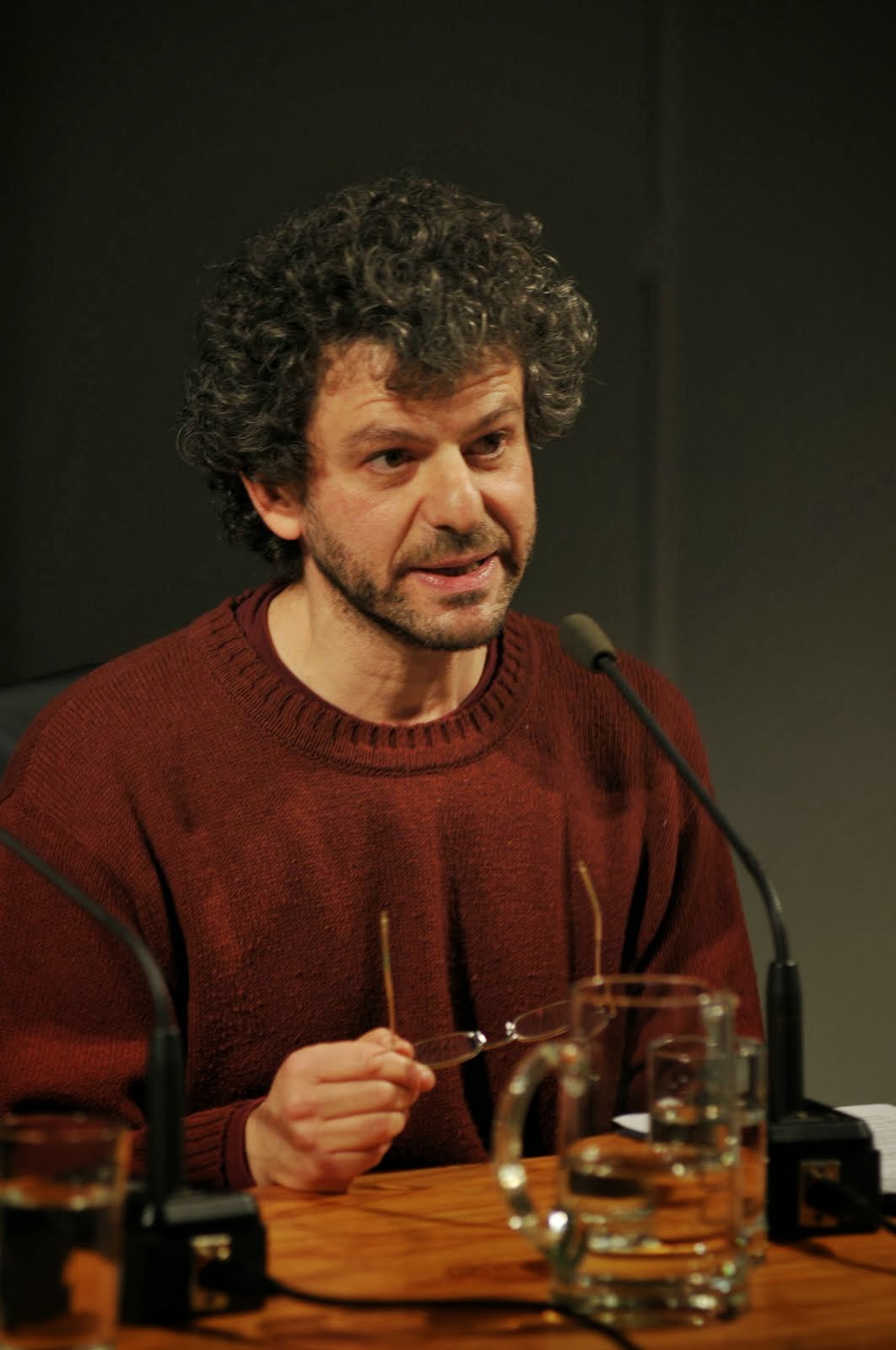 Recently two of my Facebook friends posted links to reviews of their work that neither named nor noticed them. This would be inconceivable if my friends were authors, film or stage actors, or artists, but my friends are translators, so not being mentioned is par for the proverbial course. Add this latest offense to the Los Angeles Review of Books write-up of Howard Goldblatt’s translation of Sandalwood Death by 2012 Nobel Prizewinner Mo Yan (University of Oklahoma Press), which prompted the discussion on the Modern Chinese Literature & Culture listserv that led to my Paper Republic blog post “Translation & Translation Studies as a Social Movement,” and to The New Yorker’s review of Anne Milano Appel’s translation of The Art of Joy, by Goliarda Sapienza (Farrar, Straus and Giroux), which I mentioned in my Q & A with the journal Asymptote.

It’s no secret that translations into English represent an abysmally low number of our publications—the best statistics have it at a measly three percent. In “Viva Translation!” (as translated by Anne McLean from “¡Vivan las traducciones!”) Luis Magrinyà wonders if the disparity between translation publication in English and in Spain, where translations account for roughly a quarter of new books, may turn out to benefit the translator when it comes to reviews. “In a ‘world’ in which practically nothing is translated,” Magrinyà says, “… it’s not unusual that, like a poltergeist, it should be received, more than with curiosity, almost with skepticism, and should be submitted to the most rigorous scrutiny.” It’s an oddly beautiful notion, but as Margaret Carson points out in her reply, “the state of translation reviews in the US … is probably pretty much the same as in Spain.” The omission of my friends’ names in reviews of their work attests to this similarity.


For reviews not to discuss or even mention the translator is so standard, in fact, that my friends felt they had to backpedal their outrage. Don Mee Choi, translator of Kim Hyesoon’s All the Garbage of the World, Unite! (Action Books), can’t bring up how she was overlooked without apologizing: “I despise self-centeredness, so I hope I’m not being [self-centered] right now…” Likewise, Elizabeth Harris, translator of This is the Garden by Giulio Mozzi (Open Letter Books), writes, “It’s such a strange feeling: I’ve read two reviews now that don’t mention me at all and yet quote the book. Very, very strange. I am glad they like what they’re reading, though. I can take some pleasure in that.”

This is not your average humblebrag. This is the typical self-effacement of the translator: after devoting years of their lives to interpreting, rewriting, and publishing someone else’s work, when their contribution to that effort gets overlooked, they can’t even be properly indignant! Nor do I think it’s incidental that these translators are women (so are the reviewers, in fact); both male and female translators play a role that society sees as feminized, and therefore finds easier to diminish. (Deborah Schwartz’s review of All the Garbage appears in Critical Flame, which pledges to “dedicate one year of its review coverage to women writers and writers of color,” yet neglects to mention the woman of color who translated the collection.)

Since it isn’t my work here that’s been overlooked, and since I haven’t been socialized to believe that I should demur when my contributions go unnoticed, I’ll state it outright: I think these reviewers should be ashamed, and they and their venues should write to the translators in question on official letterhead to offer a formal apology and promise never to leave out appropriate discussion of the translator’s work ever again.

In conversation and in print, I’ve come across defenses of leaving the translator out of reviews. Short word limits, fear of distracting the reader, the reviewer’s inability to “judge” the translation because she or he doesn’t know the language of the original… all of these raise questions of their own: Why, especially in the age of the internet, do book reviews deserve such little space? Why is talking about translation a “distraction”? Why do we trust translators so little that their work always has to be “judged” as if it were a foreign language exam? In short, none of these defenses is defensible. There is no excuse for not taking the translator’s work into account when reviewing a work of literature in translation. None.


Anna Clark points out that the “three percent” figure cited above for translations published in English is supposed to include all translations, not just literary translations—which is to say that books of poetry and prose in translation only account for a fraction of that figure, the rest accounted for by cookbooks, tour guides, textbooks, manga, and so on. Literature by women accounts for an even smaller fraction. The question, then, is simple: do we want more and better translations, or not? Given that so little of the world’s best writing makes its way into English, there is lots of room for improvement. And given that the translation of literature is related to our culture’s perception and reception of immigrants and people from other parts of the world as well as heritages beyond those first expressed in English, the stakes of increasing and improving translations should be clear.

When Magrinyà points out that “in Spain, translators often complain, with good reason, that their work is not sufficiently valued” or discussed in reviews, he indicates that there’s no necessary correlation between number of translations published and public awareness of translation as important to cultural life. I made a similar point on Paper Republic: “China, for instance, publishes much, much more translated writing than the US does, without any significantly more intelligent discussion of translation defining reviews or conversations of international works of literature there.” Nevertheless, I cannot see how we in the English-speaking world can increase and improve translations—both in terms of demand and supply—without promoting a strong, broad-based conversation about translation and its significance. More translations are published in Spanish and Chinese because these cultures cannot afford the myopia that comes with global dominance (they have other myopias to deal with, I’m sure). I expect Spanish, Chinese, and other languages need these conversations to draw attention to the cross-cultural work already being done. In English, we need a public conversation to correct the myopia and encourage both readers and publishers to engage more with literature in translation.

So what are we doing to encourage translators to translate and publishers to publish those translations? Eliot Weinberger says of translation: “An anonymous occupation, yet people have died for it.” I do not believe we need more martyrs, such as William Tyndale, convicted of heresy and executed by strangulation and burnt at the stake in 1536 for translating the Bible into English (the King James version, published within a century of his death, plagiarized his translation), or Hitoshi Igarashi, stabbed to death in 1991 for his Japanese translation of Salman Rushdie’s novel The Satanic Verses. I do not believe we need the anonymity.


Lucas Klein, former radio DJ and union organizer, is a writer, translator, and editor whose work has appeared in Jacket, Rain Taxi, CLEAR, and PMLA, and from Fordham University Press, Black Widow, and New Directions. Assistant Professor at the University of Hong Kong, his translation Notes on the Mosquito: Selected Poems of Xi Chuan 西川 won the 2013 Lucien Stryk Prize and was shortlisted for the Best Translated Book Award in poetry (see http://xichuanpoetry.com). He is translating Tang dynasty poet Li Shangyin 李商隱 and seminal contemporary poet Mang Ke 芒克. 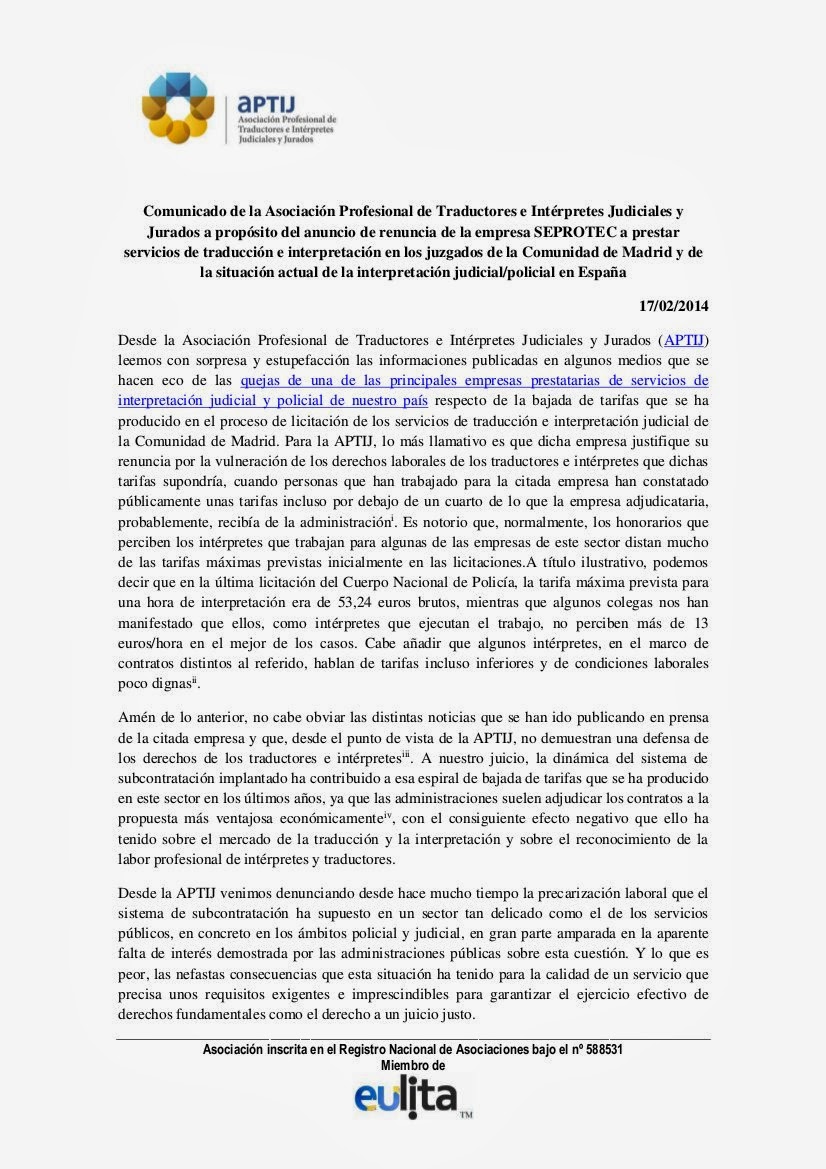 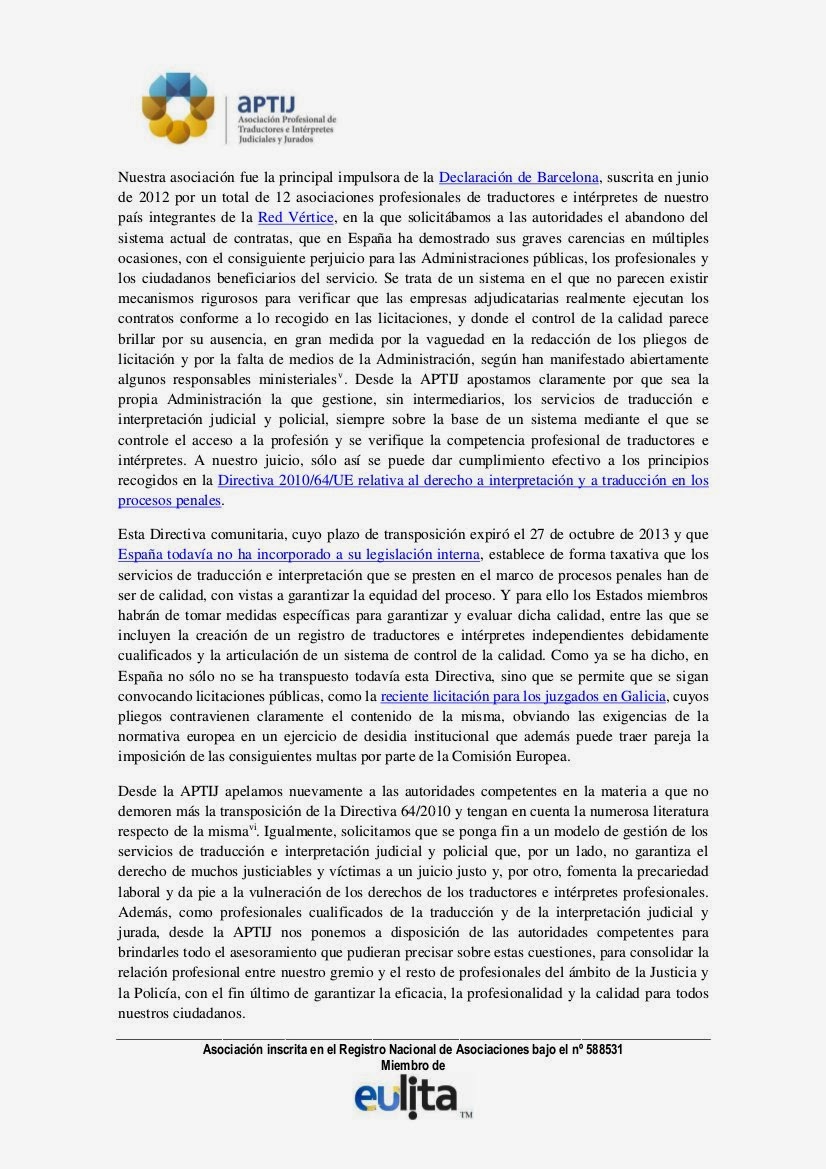 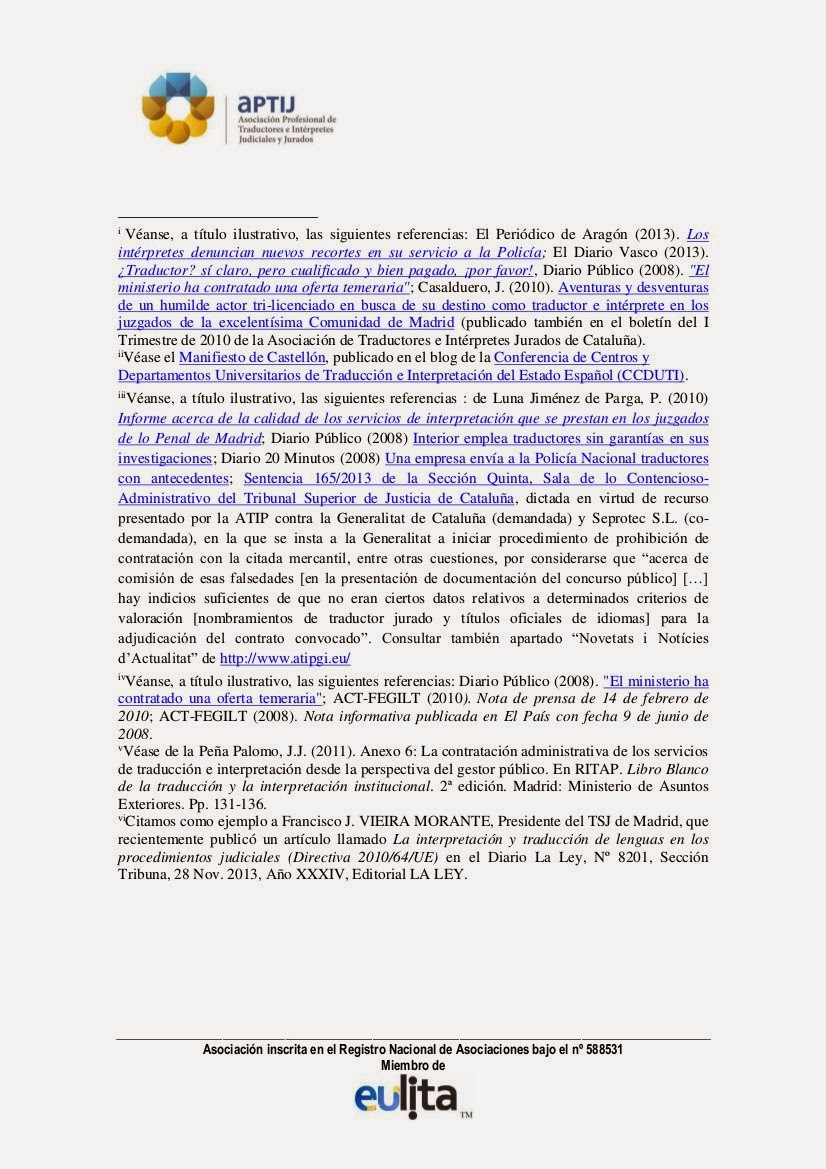 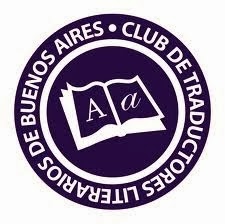 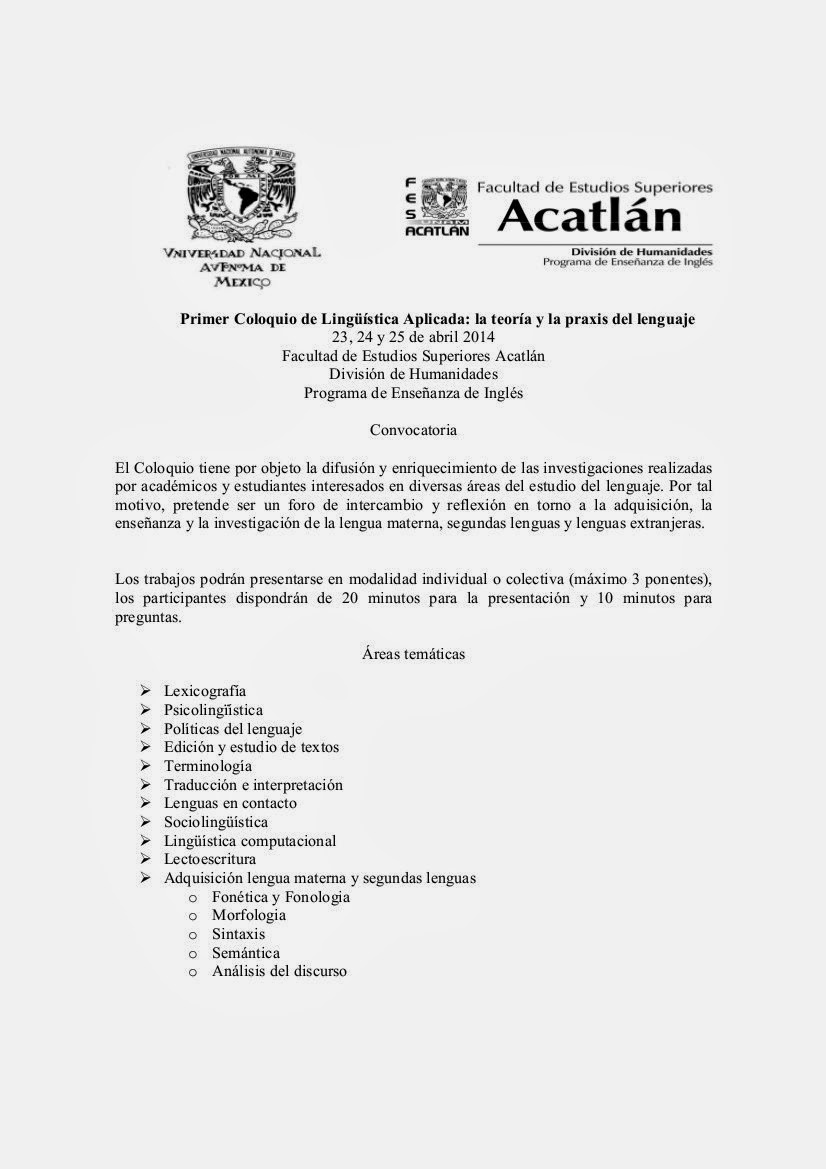 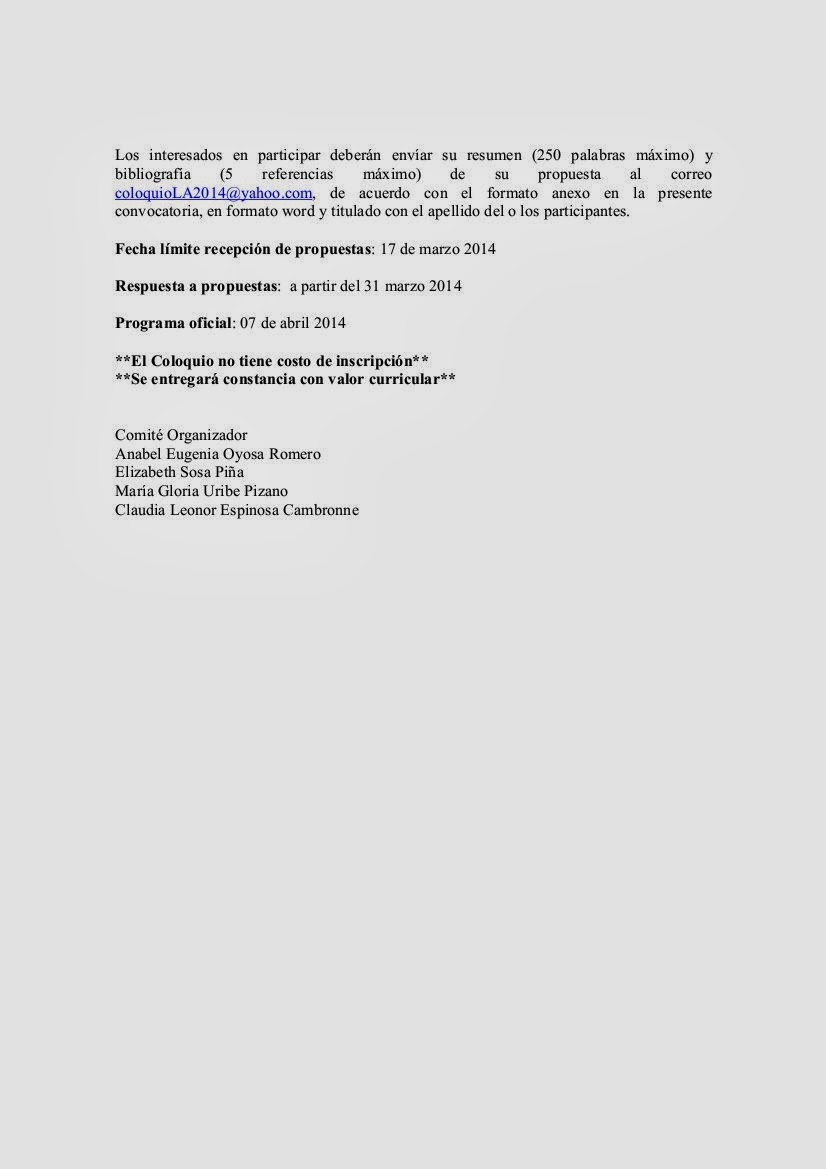 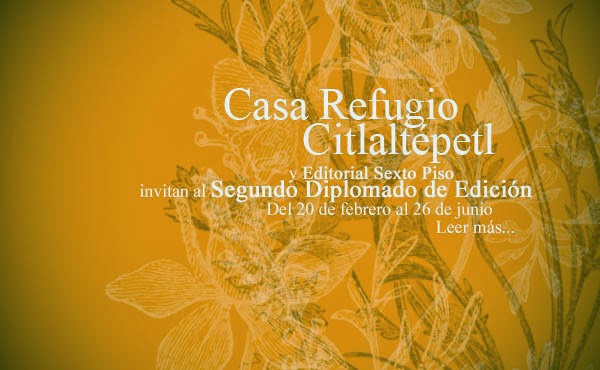 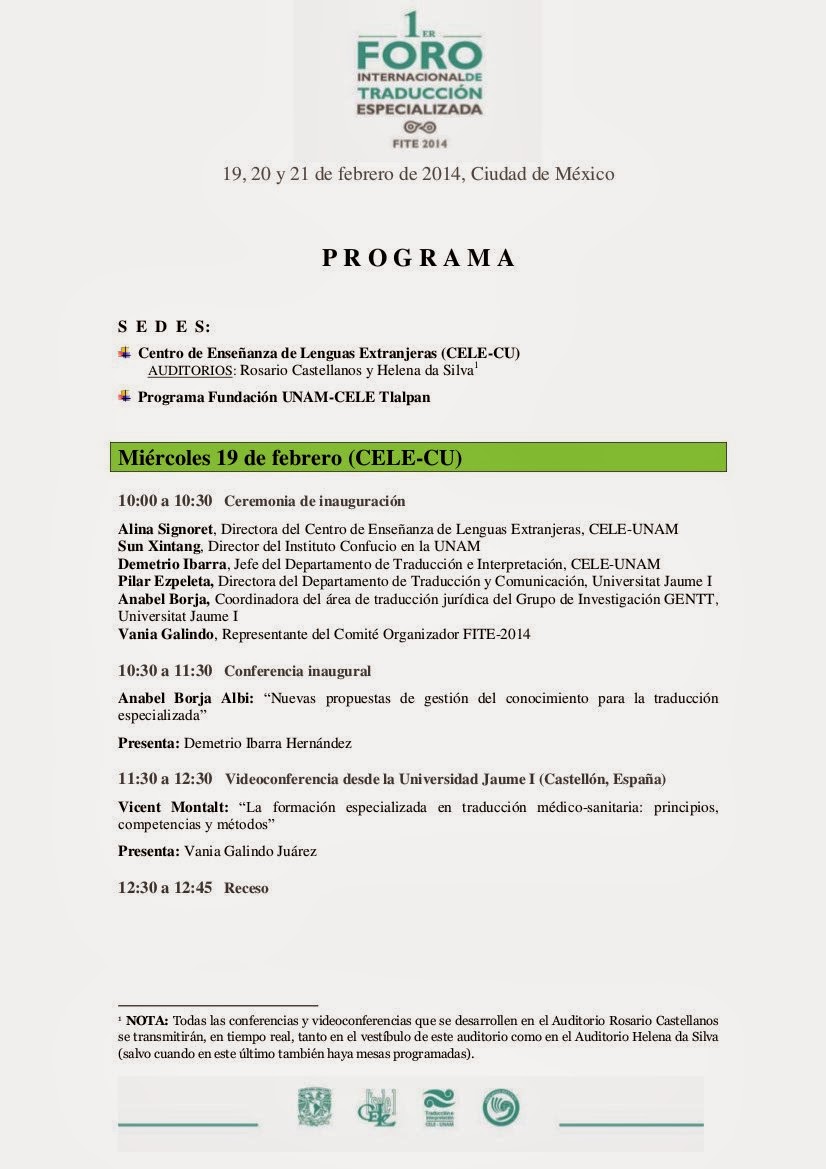 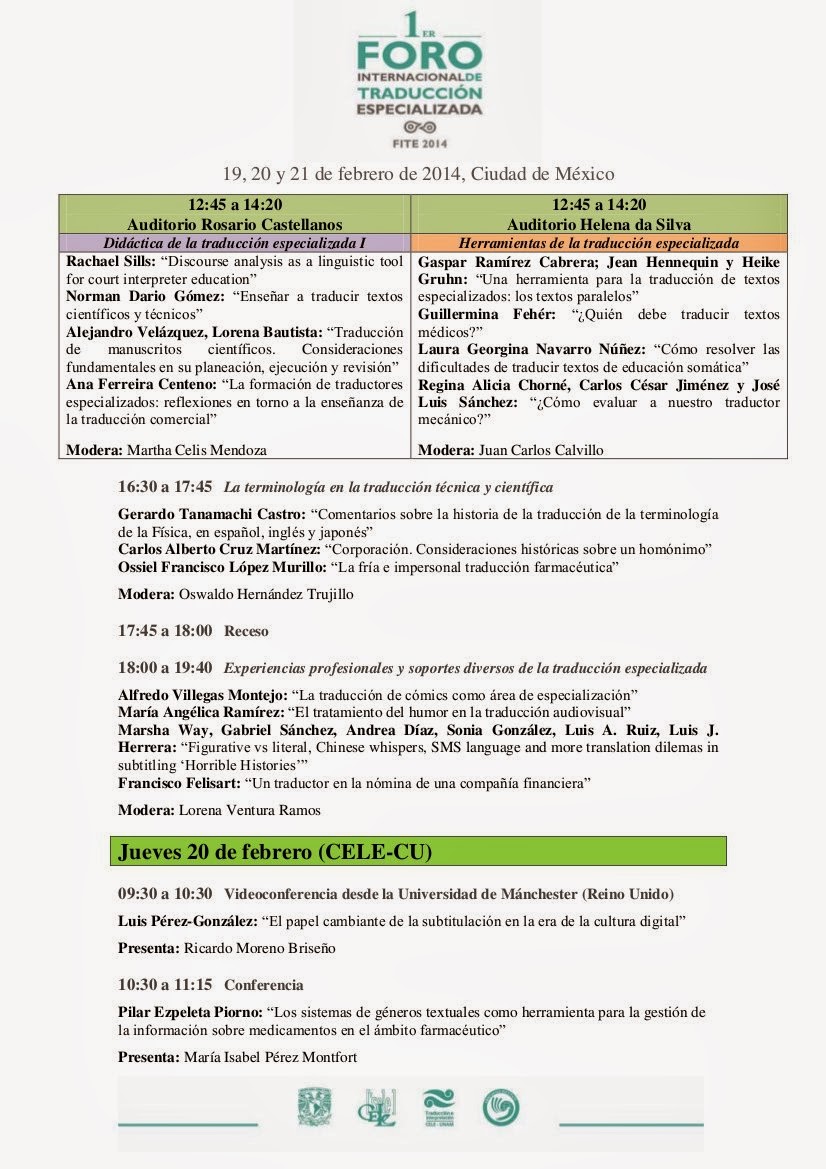 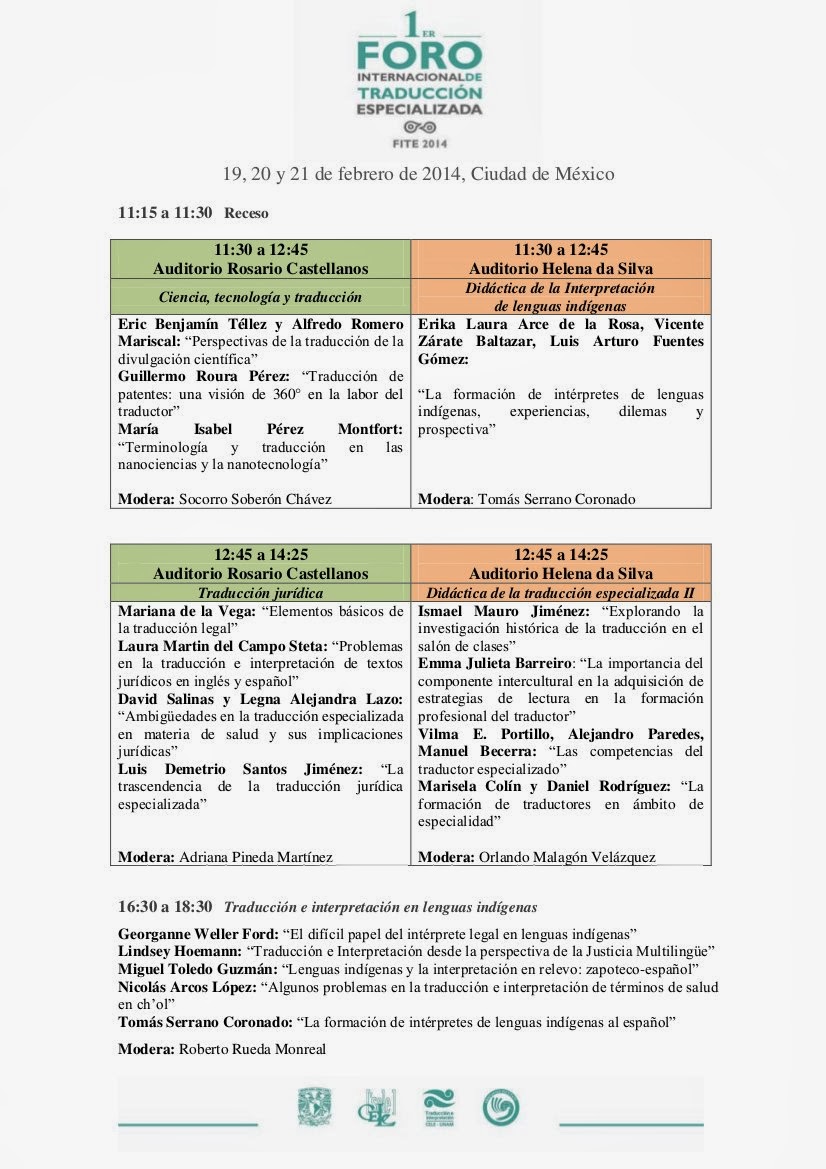 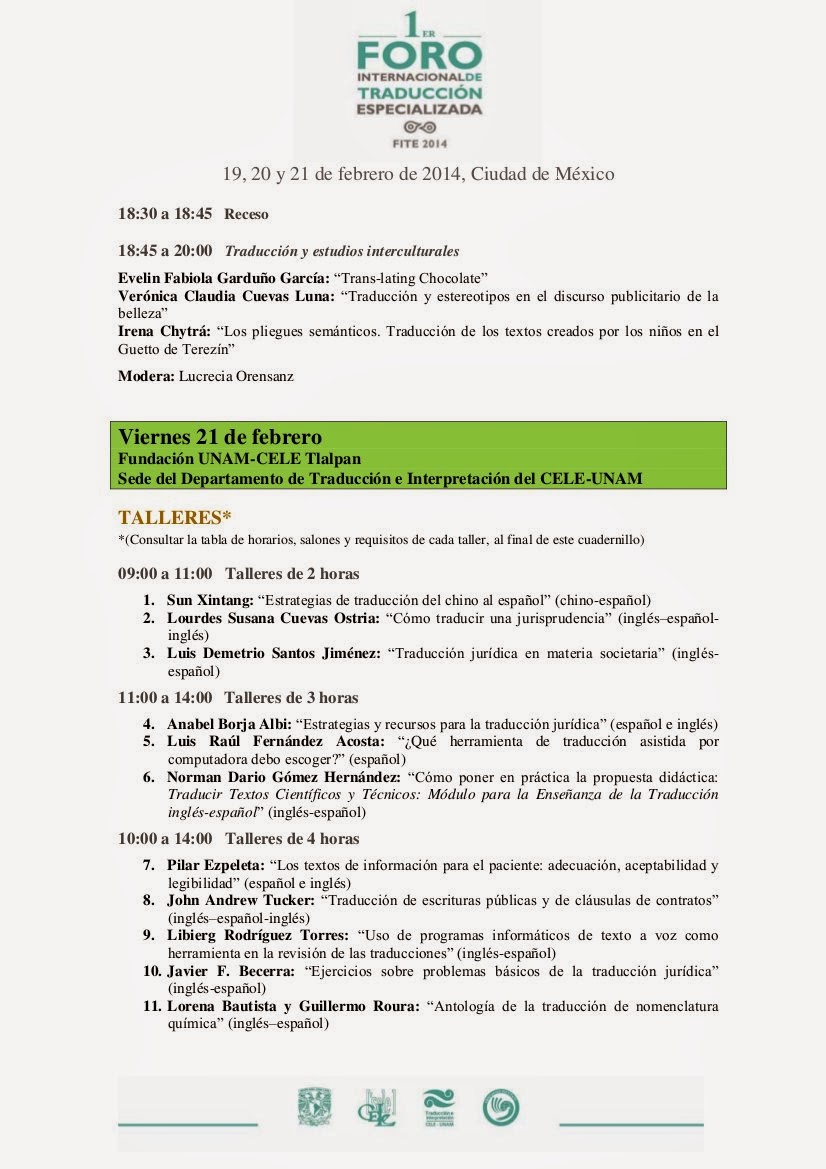 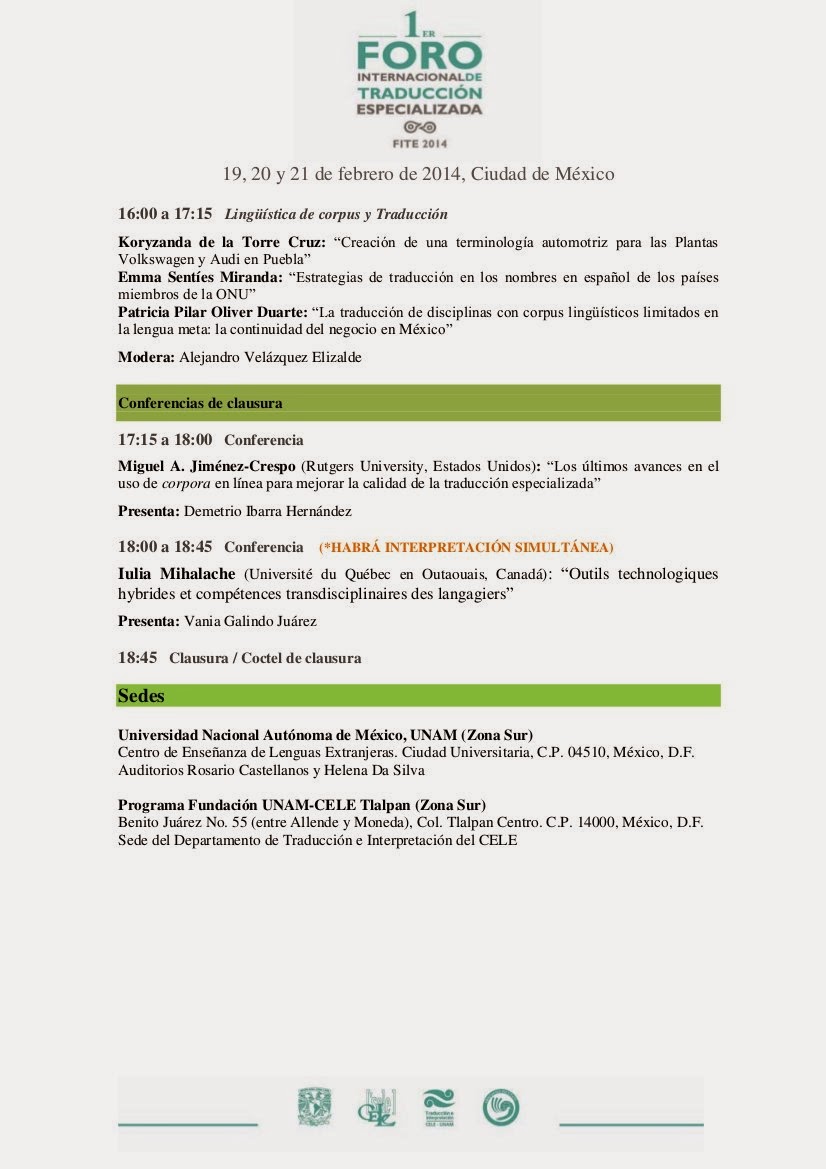 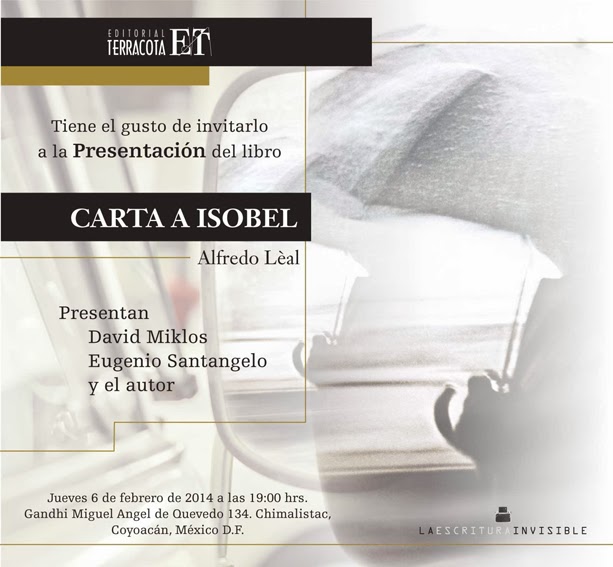